Join via Zoom
Facebook Instagram Twitter YouTube Email
Glory! Glory!! Glory!!!
From the beginning of this year, the moving train (The Lord’s Chosen Charismatic Revival Movement) has been in motion to display the acts and power of God as of old in a series of crusades, thus; Mgbidi Lagos Experience, From Sorrow To Joy, Warri experience, and now Kogi State.

1 Corinthians 2:4; And my speech and my preaching were not with enticing words of man’s wisdom, but in demonstration of the Spirit and of power: 5 That your faith should not stand in the wisdom of men, but in the power of God.

On arrival at the chapel in the Kogi State Government House, the servant of God spoke with the Deputy Governor and the members of his cabinet who were present at that moment assuring them that God has sent him to demonstrate His (God’s) power in the State. Emphatically, he told them that God has come to bless and prove His power in the State and beyond. To confirm that something good is about to happen, later that night, there was a light shower(rain) that calmed the hot weather because it has not rained for some time in that region.
The crusade could be termed Blessed And Gloriously Inspired as our General Overseer took out time to call down the power of God which descended to possess without reserve the lives of all the participants far and near; he passionately cried for mercy on behalf of everyone present, the families of the earth, the State, and nations of the world. Heaven came down and the glory of God took over the vicinity.
The Faithful God brought to accomplishment the words of His servant at the crusade ground, and greatly magnified His name, medically written off sicknesses and diseases were knocked out: husband and wife -35 and 26 years born deaf and dumb, three children of same parents-12,13 and 11 years born deaf and dumb, two brothers -35 and 30 years born deaf and dumb all heard and spoke.
12 years of violent madness were rolled away.
15 years kidney problem was healed, swollen stomach as a result of liver problem deflated.
A woman who was afflicted with cancer which was said to have grown on top of her bladder and had defied medical attention had the doctor’s report which stated that if she has to be operated on, she will have no chance of living, but as the case was presented to God at the crusade “From Sorrow To Joy” 2022, our G.O prayed and canceled the growth, that way, cancer vanished away. Now the woman has been made whole and lots more.
During the message session titled, “God Has Sworn To Bless You”, our General Overseer emphasized the oath taken by God to bless Abraham and his seed to pronounce favours, protections, and healing to all the nations of the earth and individuals respectively.
He prayed for the Governor of the State, His Excellency Alhaji Yaya Bello who was fully represented by his Deputy, Chief Edward David Onoja, asking that God’s oath of blessing in form of advancement and prosperity be fulfilled upon their lives and that of their aids who accompanied him to the crusade ground. He decreed promotion, blessing, increase from glory to glory, more peace, stability, progress, protection, and divine security, specifically; he prayed that the administration would be on advantage above others, and declared the righteousness of God to be the order of the day in Kogi state and the entire world.
Finally, he appreciated the Almighty for the chapel which the Governor erected as an altar of God in the statehouse and declared that by so doing, God shall rain generational blessings, sound health, unity, promotion, and a higher glory to him and all his endeavors.
To this Awesome God Of Chosen who has made this crusade realistically successful, we say, let His name be glorified and exalted now and forevermore. Our heartfelt gratitude goes to the man after God’s heart, our Daddy in the Lord, Mommy, his immediate and extended families. The Chosen Revival News and all the members of The Lord’s Chosen church pray that God will strengthen, uphold, protect, preserve and shield all of you, in Jesus’ name. Amen.
Drop your good wishes for the man of God in the comment box below. 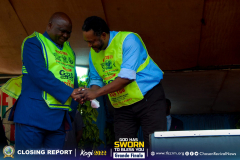 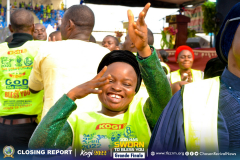 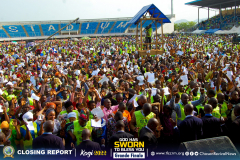 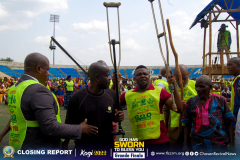 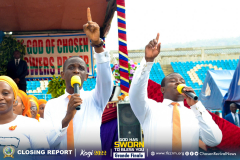 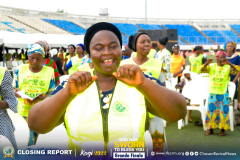 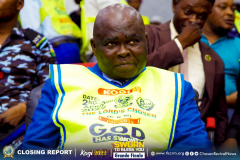 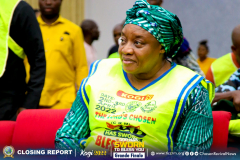 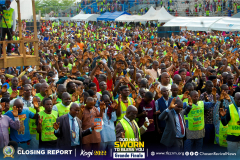 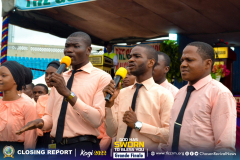 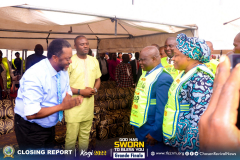 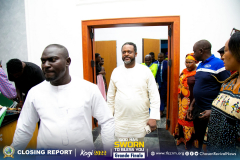 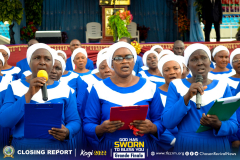 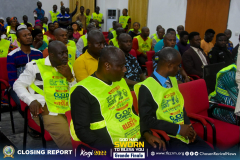 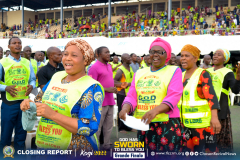 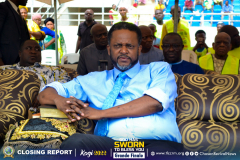 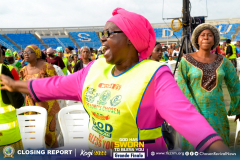 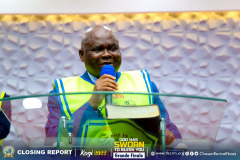 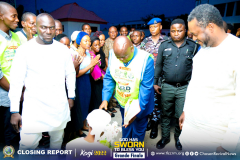 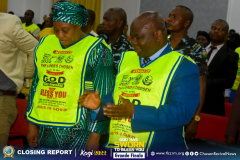 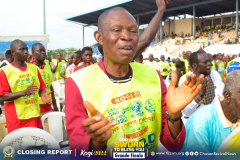 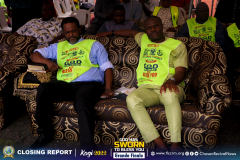 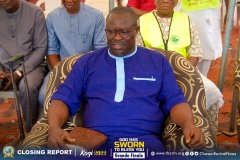 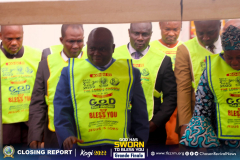