Live in Herringham, London, England, the international crusade begat international miracles; God has proven that all power belongs to Him to all the participants, the Britain and world at large by the manifestation of His power in the two days program.

The program began with powerful choruses sung by the chorus leaders and heavenly-inspired melodies by the choristers which excited the congregants and ushered them into worshipping, singing, and dancing in acknowledgment of the supremacy of God above all.

Fascinating deeds of God were remarked on by a lot of people who have been touched by God in our previous crusade. A few among many testimonies shared was that of a man who was on night duty, and in the early hours of the morning, he was given a job to do which was to pick up a passenger who booked a ten minutes ride. He dropped the man at his destination and waited for his payment, the passenger went in and came out with the driver’s money but little did he know he has been given fake currency. Discovering that, he called his attention to let him know about the counterfeit money but the young man(passenger) threatened to deal with him. Before he could know it, two friends of the passenger( young men) approached him, they shot at him twice and ran away but nothing happened to him. He called the corps and on getting there, they saw no trace of an attack but went on to check on the CCTV mounted on the street, the attack was later confirmed, but how he managed to escape became a mystery to military men. Finally, they promised to bring the culprits to justice. 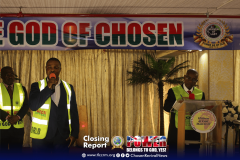 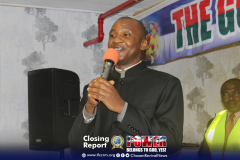 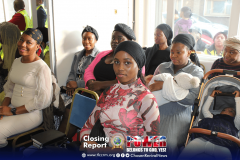 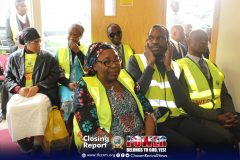 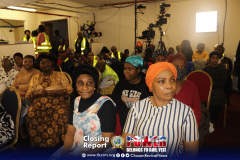 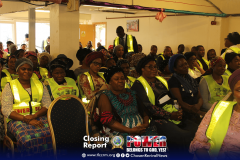 Again, a brother was invited to The Lord’s Chosen Church to listen to the undiluted word of God, he came and became genuinely saved. As he continued in fellowship and always pray that God upholds him in faith, aged-long cancer which has eaten deep into his body was rolled away by God. Glory!

Thereafter, the man of God ministered on the topic: Power Belongs To God, yes! (Part 1&2). He pointed out the fact that God is unchangeable, He is The Same Yesterday Today, And Forever. As He steps into any ugly situations all of them will say yes in submission to the power of God.

Furthermore, he prayed and canceled all problems of life for the people and declared healing, conception, promotions, all blessings of life, and power upon everyone.

Indeed, the All-Powerful God has seen us through, we give all the glory to Him. Hallelujah!

Join us every Sunday, Tuesday, and Thursday by clicking on the zoom and Chosen TV buttons.