Wow! Our generation is privileged. The historic, prominent and grand event has come and gone but its reverberation continues. Below are its significances.

Congregation/Newcomers: Peculiar youths of this generation (The Lord’s Chosen Youths) and a lot of guests graced the crusade from around the world. With utmost reverence to the Almighty God in high spirit, they rendered sweet savored worship and praises to the king Of Kings for all He has done and what He can do.

Choristers: Singers from different countries of the world like Benin Republic, Togo, Ghana, and others in their styles and regalia chanted and intoned harmonious songs of the redemptive work of Christ on the cross, great deliverance, mercy, and favors from God.

Testimonies: Accounts of great wonders of God in our past retreats, programs, and crusades were recalled by so many whom God visited. Worthy to mention is that of a young boy who engaged himself in different notorious lifestyles such as immorality, alcoholism, smoking and all sorts of fraudulent acts( yahoo), fornication, patronizing prostitutes, and so on, according to him, He was lured into cultism and later escaped when he didn’t complete the initiation process, so one day, he traveled to Ibadan and joined a friend in a celestial church where he incurred different types of evil spirits upon himself in the quest for money.

However, he heard about the biannual crusade of The Lord’s Chosen church titled, “And The Enemies Submitted” 2022 in Lagos State and made up his mind to attend, as he came to the program, God arrested and granted him genuine salvation. Today, he is a new man in Christ( 2nd Corinthians 5:17).
Another account was that of a sister who lost her father, and her extended family demanded them to denounce Christ before they could render help to the deceased family but the sister and her four siblings made up their minds to move no step backward. They remained in the Lord and This Great God embarrassed them with scholarships, one of which was an award to study in Australia.
What a Mighty God we serve! 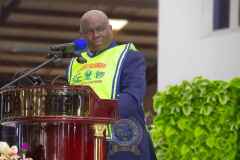 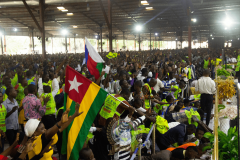 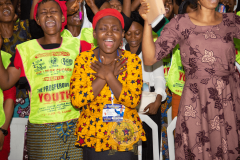 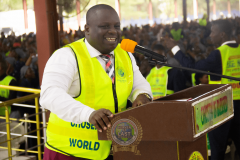 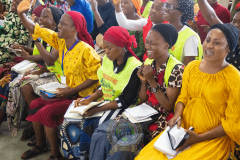 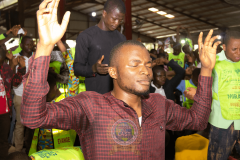 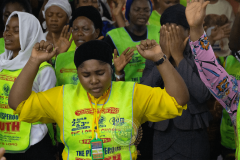 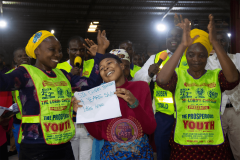 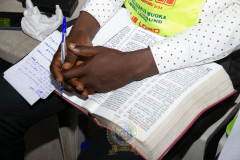 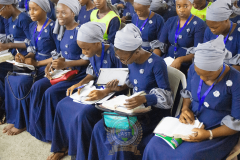 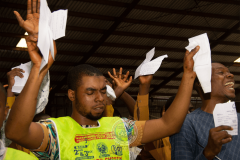 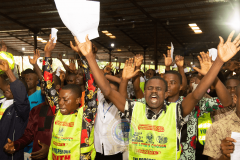 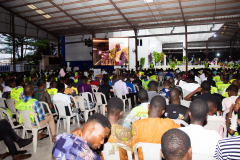 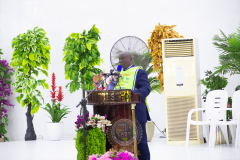 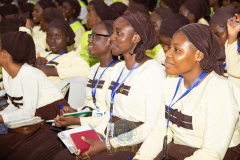 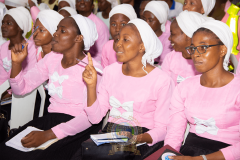 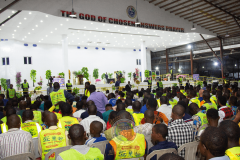 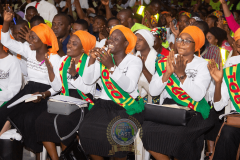 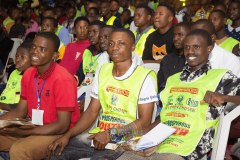 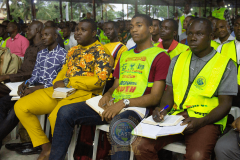 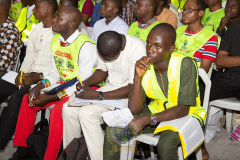 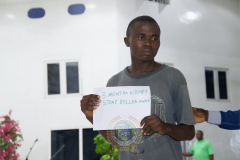 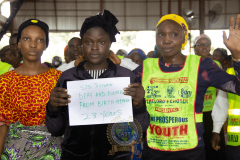 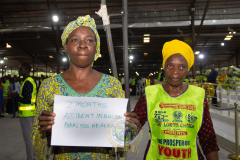 Message: A large number of information with captions – What Matters Now And In Eternity, The Power Of Discipline, Diligence, And Determination.

The Hebrew boys: A model For Modern Youth, Sanctification; The Second Definite Work Of Grace were given by different ministers, while the man of God, Pastor Lazarus Muoka ministered on the topic ” The Prosperous Youth” ( Part 1&2) and pointed out the fact that prosperity belongs to God and whatever service one wants to render to God must be done in spirit and truth, God does not give counterfeit blessings, and for one to obtain his needs and heart desires from the Lord, he must maintain righteousness by following the steps of Joseph, Shedrack, Meshack and Abednego, Abraham, the Israelites, Joshua, and others who abided faithfully in the Lord. He finally advised all the participants to take charge wherever they find themselves, and the God of prosperity shall manifest himself greatly in their lives.

Prayer: There was an overflowing power and move of the Holy Spirit as everywhere became ignited and intensified with a blazing outpour of the Holy Ghost: uncountable numbers of people became filled with the power of God, and diverse fruits and gifts of the spirit were made manifest in the lives of the participants.

Thereafter, the servant of God began to declare prosperity beyond imagination thus:
“Let there be multiple promotions, scholarships, favors, interventions, Father cross them over”.
“Lord prosper them, give them divine employment, make them executive managers, directors, and supervisors.
“They shall never struggle, they shall prosper all round, wherever they go all over the world make them the head and not tail”.
“Oh Lord! Use them to fulfill your vision and mandate all over the world, defeat and overthrow their enemies”.
“As they return to their various destinations, let the angel of prosperity go before and after them to protect and guide them in Jesus’ name”.

Hallelujah! It ended in praise.

THE SCOPE OF THE YOUTH DEPARTMENT
To reach out to all the youths in the churches, streets, and marketplaces and help them to make heaven at last. Fellowships hold on Mondays- Workers Training.
Sundays – Principles Of Success and
Fridays – Revival hour.

THE CAMPUS FELLOWSHIP
It is an arm of the church empowered with the responsibility to reach out to the students in all higher institutions of learning including graduates, academic, and none academic staff, and to establish them for the work of the ministry and edification of the body of Christ. They have their meetings on all the campuses.

Are you a student or an undergraduate? Ensure to identify with our youth and campus fellowships.